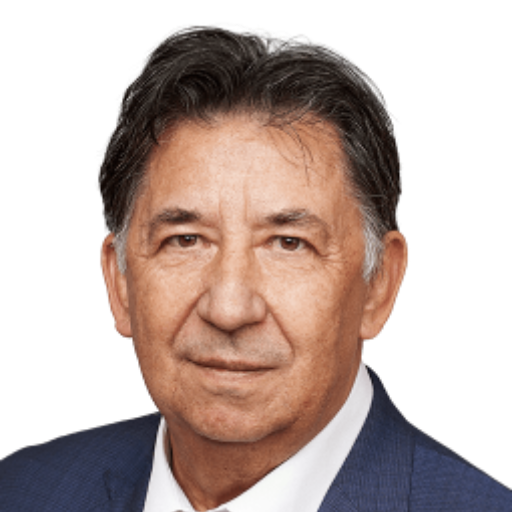 Ján Budaj was born on 10 February 1952 in Bratislava. After graduating from high school in the autumn of 1971, he and a classmate attempted to cross the border illegally. Their attempt to cross the Iron Curtain was unsuccessful and resulted in a prison sentence. Later, he began to study mathematics and physics at the University of Trnava, but was expelled for political reasons. During the period of "normalisation" he was one of the activists resisting the communist regime. He was persecuted for his activities by the secret police of the State Security Service (StB).
In the second half of the 1970s he was an organiser of unofficial artistic activities. In 1980 he founded the first civic-oriented samizdat in Slovakia called Kontakt. He cooperated with the church, Charter 77 and the Committee for the Defence of the Unjustly Prosecuted. He gathered a group of authors who created the legendary samizdat Bratislava/Voice (1987). After November 1989, he became one of the leading figures of the Velvet Revolution. Together with the actor Milan Kňažko, they led a dialogue with the then authorities on the November Squares.
Ján Budaj was one of the founding members of the Public Against Violence (VPN) movement. In February 1990, he became its first chairman, and in March of the same year, he also became deputy chairman of the then Slovak National Council (SNR), where, among other things, he initiated the establishment of the Committee for the Environment. He led the VPN to the first free elections in June 1990 as chairman of the movement and leading candidate. On the last day of the elections, he withdrew from the ticket due to accusations of alleged cooperation with the StB. In 2007, an official report was found in the archives of the Institute of Memory of the Nation, which proved that the secret collaborator listed under the name Ján Budaj had in fact worked against the regime.
In 1993, Budaj was a co-founder of the Alliance of Democrats of Slovakia (ADS). After merging with other parties, the Democratic Union (DÚ) was formed, which became part of the Slovak Democratic Coalition (SDK) before the 1998 elections. After the elections, he was a member of the National Council of the Slovak Republic (NRSR) for the SDK until 2002. He also served as deputy chairman of the National Council Committee for Culture and Media.
Ján Budaj, as chairman of the Change from Below party, ran as a candidate for Igor Matovič's OĽaNO (Ordinary People and Independent Personalities) movement in 2016 and became a member of parliament.
In the parliamentary elections on 29 February 2020, he stood as a candidate for the grouping of parties and movements Obyčajní lidí a nezávislé osobnosti (OĽaNO), NOVA, Krescianská unie (KÚ) and Zmiana zdola (Change from below). He became a member of the National Council of the Slovak Republic (NR SR).
Ján Budaj was a member of the Bratislava City Council from 2006 to 2020 for the Petržalka constituency and also served as Deputy Mayor of Bratislava from 2013 to 2014.
On 21 March 2020, President Zuzana Čaputová appointed Ján Budaj as Minister of the Environment in the government of Igor Matovič.